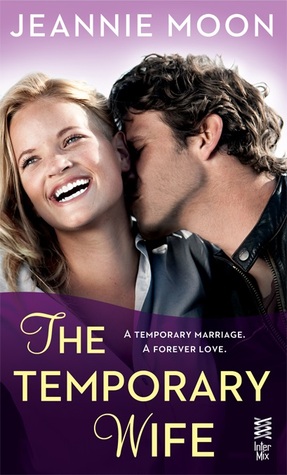 The Plot: Meg Rossi was going through quite a few adjustments following the death of her best friend Grace and becoming the guardian to Grace's little daughter Molly, but they were making it through... until Molly's Grandparents, the Campbells, decided to fight the will and get their claws into Molly.

Meg has a long, painful story with the Campbells,and she knows them well enough to know that they are not going to stop until they get  what they want - be it Molly or her trustfund - and that Meg, with her kindergarden teacher salary can't fight them.

Enter Jason Campbell, middle son of the family and the asshat who broke Meg's heart many years ago. Now, a self-made billionaire he's aiming to right some wrongs - he really did screw Meg over all those years ago - and see that his sister's will is carried out. So he comes up with the crazy idea of  marrying Meg, providing her with the money and resources to fight his parents.

A marriage of convinience isn't exactly Meg's ideal plan, but she ends up agreeing to it... and soon she finds herself in a strange relationship with the only guy she has ever truly loved..

First Date: Okay, a few leaps of faith are being required here but nothing too bad. The set up is good and so far I like Meg and her family. The Campbells do suck though.

Second Date: Wow, Jason really is an asshole (and kudos to his friends for calling him on his shit), I don't like Harper, but I don't blame it on her but on Jason. He just keeps screwing up things with Meg. Meg should kick his ass, rather than keep lusting after him.

Third Date: Now, now, I didn't hate the ending... it wasn't all bad.It was a bit too neat and for a while there it read like the author didn't know how to end it but... well, it wasn't bad. Ended up liking Harper after all.

Relatioship Status: It's not me, It's You.

Okay, so here is the thinga about The Temporary Wife: Jason is a Jerk, he does incredibly jerky things to Meg and it kind of galls at me that she just keeps on forgiving him. I would have cut his *beeep* after some of the stuff he pulls. The more I got to know what went down with Meg when they were in their teens the less I rooted for him. He pulls a 180 in the end, and he's not all that bad but I kind of don't buy it.

Other than that, the writing was fun and easy, I'm intrigued about Jason's brother's Josh. Will I this author again? Maybe. Does Jason suck? yes, yes he does.