This is not a decision I took lightly, I have been thinking about it for about a year, torn between wanting to continue and the realization that I just don't enjoy blogging anymore.

So I decided to stop.

I've blogged for the better part of my twenties (now I'm 31), and I'm really glad I did. I'm thankful for all my wonderful bloggy friends like Sandy, Aylee and Daisy, and the people who have been kind enough to comment over the years.

Thank you so much.

Honestly, this is the thing I've stuck to for the longest time.

But it's time to move on.

I want to get back to writing - which got every harder the longer I blogged - and just enjoy being a fangirl and ship all the ships without having to worry about churning out content and feeling guilty because I'm not reading my review books (sorry for the books I didn't get a chance to get to, by the way).

I'll still be around at @DarthClavie and in my Tumblr (which is my new obsession) where you can find me being a Girl Meets World fangirl (Lucaya Forevahhhh!!! ) and re-blogging everything the amazing Sandy-belle posts.

So... see you around, and once more THANK YOU for being awesome all this time

From the #1 New York Times bestselling author of the Princess Diaries series, comes the very first adult installment, which follows Princess Mia and her Prince Charming as they plan their fairy tale wedding—but a few poisoned apples could turn this happily-ever-after into a royal nightmare.

For Princess Mia, the past five years since college graduation have been a whirlwind of activity, what with living in New York City, running her new teen community center, being madly in love, and attending royal engagements. And speaking of engagements. Mia's gorgeous longtime boyfriend Michael managed to clear both their schedules just long enough for an exotic (and very private) Caribbean island interlude where he popped the question! Of course Mia didn't need to consult her diary to know that her answer was a royal oui.

But now Mia has a scandal of majestic proportions to contend with: Her grandmother's leaked "fake" wedding plans to the press that could cause even normally calm Michael to become a runaway groom. Worse, a scheming politico is trying to force Mia's father from the throne, all because of a royal secret that could leave Genovia without a monarch. Can Mia prove to everyone— =especially herself—that she's not only ready to wed, but ready to rule as well?

My Thoughts:
It's no secret that I love Meg Cabot's books, I've read them pretty much all, even the older historicals she wrote under other names. And I actually really enjoyed where Forever Princess (Princess Diaries 10) ended - it was, I think, one of the best endings to a series I've seen.

So it wasn't without trepidation that I approached Royal Wedding, and I have to confess that it took me a couple of tries before I could really get into it and read it through - though that might be in part because I was stressed at work - in any case, I did finish it the other day and it was a lot of fun.

First, there was something both familiar and strange in Mia's voice, she's a lot calmer than she used to be as a teen but she still has a tendency to freak out (though her freak outs don't last as long and she's a lot more assertive). Michael was adorable, and I like that they are still together and going strong even though they both acknowledge that they don't get to see each other as much as they'd like (and then they take steps to remedy that).

Lily as a lawyer and Tina as a doctor totally made sense to me, I liked seeing where Mia's old pals were and that at least these two (Tina will forever be my favorite) were a big part of the story. I didn't enjoy the subplot with Boris, though, that needed resolution.

Another thing, I liked seeing Mia's perspective about her sister, Olivia. I really loved that relationship - and I really recommend the companion book "From the Notebooks of a middle-school princess" because Olivia is adorable, though it is a bit of a set-up book - and how she embraced her. That's 100% Mia.

All in all, I enjoyed the book, it was like meeting an old friend I hadn't spoken to in ages, it was fun to see what had changed and what hadn't.

I do recommend it, specially for long time fans.
By Anonymous 3 comments: 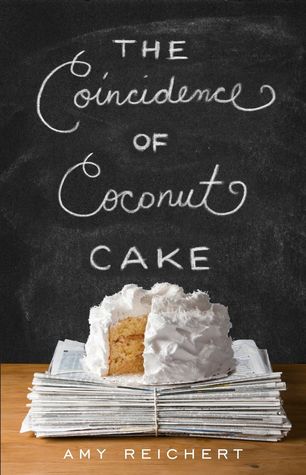