Hello Guys! I bring you another cover reveal organized by The Readiacs. I think it's just adorable and the summary for the book sounds very cool. :) Oh, and there is also an International Giveaway going on, the details are bellow! 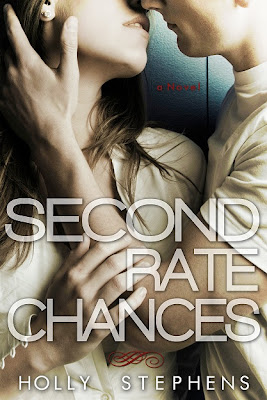 Sam wakes up in the hospital expecting to find his girlfriend by his bedside. Instead, he finds a bleached-blond diva, claiming to be his fiancée, hovering over him. When he learns that he's just woken up from a coma and has lost the last three years of his life, any semblance of stability he thought he had falls down around him. All he wants – all he needs – is Lil.

After countless visits with her shrink and too many sleepless nights waiting for the one man she loves to walk back through the door, Lil wants nothing more than to separate herself from the life she used to have. But the moment Sam smiles at her, Lil knows it's going to take more than self-restraint to stay away.

Second-Rate Chances is about a young man fighting to regain his memory, and the one thing in his life that felt real. A modern-day Samson and Delilah, it's a look at what it means to love and be loved, and to fight though it seems hopeless. 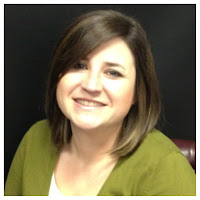 People have often told me that I live in a fantasy world. Little did they know, I was building an empire of stories in my head to one day share.

I'm a mother first, a wife second, and a writer third. I'm so thankful to have been given this chance to get my stories out of my head and onto paper.

When I'm not writing, I sell plumbing (no I'm not kidding) and read romances that leave my heart a flutter. I know a ridiculous amount of pop culture information and can quote certain movies word for word. Music drives me to write and to also sing off key.