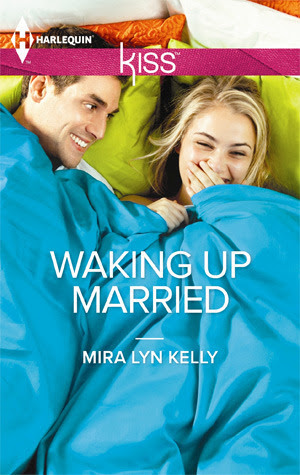 At First Sight: What happens in Vegas not always stays in Vegas, as Megan Scott is finding out once she wakes up on the day of her cousin's wedding to find out that she got married sometime after leaving the bachelorette party the previous night and throwing up that morning.

Now she got a very expensive ring on her finger and a stranger telling her he does not want a divorce.

Connor Reed went to Vegas with his friend Jeff to relax and have some fun after his engagement went caput a few days earlier. It wasn't that he loved his fiancé because he didn't, but he's a bit annoyed that he just sunk a year into a relationship that ended up going nowhere.

He isn't looking for romance, but does want a partner in life, a family and companionship. And when Megan stumbles into his table at the bar in Vegas, he's pleasantly surprised by her artless conversation, her seemingly lack of interest in casting him as Prince Charming in her life, and by the good time he's having of it all.

The more Connor finds out about Megan, the more convinced he is that their goals aline perfectly - they both want to have a family and would rather do it without the emotional messiness of romantic love - and that being together just makes more sense.

He even manages to convince her too! Only that she can't remember any of it the morning after.

Second Glance: Let me start by saying that Waking Up Married it's not a bad book, but there are parts of it that are more successful than others. The set up is a bit unbelievable but plausible in the big scheme of things and the beginning of the story is actually quite fun.

I liked the way we are slowly introduced to the things that happened the night before that lead Megan and Connor to getting married, even if it kind of went on for a bit long and it felt a little manic at times (though I'm perfectly willing to chalk it all up to the "we are in Vegas" factor and let it go). Connor was fairly easy to like and his perspective does carry most of the beginning of the story.

Things get a little more complicated once they leave Vegas and start to try to make a life together. The story starts to lose momentum, and Megan kind of drove me nuts a little with her reluctance to give her marriage a fair share even though that was what she was supposed to be doing, Connor is vastly frustrated by this but willing to give her time... until she gives in and then, suddenly, he is the one with doubts.

This kind of thing annoys me in general, but it really annoyed me here because of the length of the story (about 220 pages). The set up takes so long and then this "conflict" also takes so much of the page time (and it kind of gets repetitive after a little while), that in the end you don't really get to see the Megan and Connor happy or see them really develop their relationship and it feels a bit superficial.

Bottom Line: I don't want to sound all negative because, really, the book is not bad. It's fun, the writing is pretty good and there are parts of it that really work in that "romantic comedy" sort of way. It even has a small vibe of Laws of Attraction (one of my fave romantic comedies that is sadly underrated) that I really enjoyed. But, it also has some problems with the pacing and I would have liked to see a little more character depth.

Oh, and FWY, you can get this book for free right now at amazon.