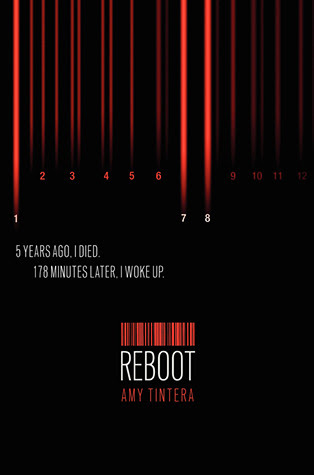 At First Sight: Wren Connolly was dead for 178 minutes before she woke up as a Reboot, a stronger more resilient version of her former self, and all thanks to a deadly virus that has decimated the population and brought he world to it's knees.

Years before, when the virus started to make the rounds and humans started to return from the dead, the Reboots rebelled against humans who were terminating them as soon as they rose, and after the war, when the humans in charge realized that Reboots could be useful, they became sort of slaves, living in segregated facilities, always under the supervision of the HARC (Human Advancement and Repopulation Corporation), which is the governing entity of the former US of A.

Reboots to the HARC's biding without question, taking care of all the dirty work, and Wren is the best at it. She's kind of like an enforcer of whatever laws and policies HARC tells her to enforce. And part of this includes training the new Reboots, and this time around she got stuck with Callum 22.

Callum was only dead for 22 minutes, and still keeps a lot of the human emotions and affectations that seem alien to Wren: His physical strength is average, he keeps asking questions and is under the delusion that he can pick and chose which orders to follow.

Second Glance: Well, there is a lot more to Reboot than I what I just tried to recap, and I have to say that I'm not really the target audience for this because I'm not that into dystopia in general, but the concept of Reboot sounded quite interesting and it was.

There is a lot of stuff going on in some aspects, and there is a lot of set up (because it turns out this is the first book of a trilogy), but the book takes some time to explain and the whats and hows of the world, as far as Wren knows and understands them both in her inner monologue and when she's trying to explain the rules to Callum.

I appreciated that because, while you get thrown into an already on-going situation, you never really feel lost, you can understand there is something a foot, but it also becomes evident very early on that Wren might not know all the facts.

Callum was a good contrast to Wren's coldness, he's basically still human and from a middle class family he got along well with, so his outlook is very different from Wren whom as a human lived in the slums and knew very little of healthy family dynamics or friendship.

I also really liked the character of Ever, though I do think the author could have explored her character a little more.

As for the not so Stellar stuff, well, sometimes Wren acts really out of character, both by what other think of her and what she thinks of herself, so that was weird, and there are parts of the story that just aren't all that interesting, and some things in the world building never finish making sense or are explained.

For example, I'm pretty sure the people who reboot smell different than the humans - like rotten or something - and it's constantly mentioned, but no one ever stops and explains what's that about? and it only seem to really bother Wren and the humans, none of the other reboots seem to dwell on it.

Plus, this is a set up book and it feels like a set up book, but a bit strange at that because the ending is a little anticlimactic and I didn't feel like there were any real major stakes (for Wren at least) to carry into a second book.

Bottom Line: Again, I'm not really the target audience for Reboot, as dystopia isn't a go-to genre for me and I'm actually very critical of it, but, Reboot has an interesting set up, and at times tries to say some pretty interesting things. Is it perfect? not really, but it's not bad, it sounds like there is a method to the madness that goes on - even if it's never fully explained - and the characters were distinct enough between them.