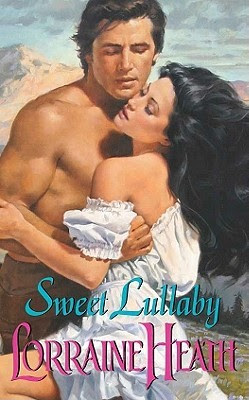 The Deal: As the daughter of a rich rancher, Rebecca grew up doing pretty much whatever she wanted as her father's trained her to one day take over the ranch. But when one bad decision leaves her pregnant and the father is nowhere to be found, she has to make a tough decision regarding her future.

Jake has spent the last few years working for Rebecca's father at the Lazy-A, and has loved Rebecca from afar, cherishing her friendship, but when Rebecca's father asks him to marry her and give her child a name, Jake goes a step further: placing the decision on Rebecca's hands and offering to start over in Texas, where he owns some land.

Having grown up as the unwanted bastard in his father's household, Jake has few memories of softness or kindness, but he's determined to do right by Rebecca and her child, not wanting either of them to suffer what him and his mother went through.

My Thoughts: Sweet Lullaby had been on my TBR pile for ages before I decided t pick it up a couple of days ago, and I'm sad to say that it disappointed me.

The story starts all-right enough, I really liked Jake and the way he loves Rebecca is very touching, I liked reading about their new life in Texas and how they are trying to make it on their own without Rebecca's father's help. I liked that Jake appreciated her skills as a Rancher and that he respected her all around.

But toward the last third of the book, I began to really dislike Rebecca. She's aware of all the sacrifices that Jake does for her, yet she doesn't seem to appreciate said sacrifices or the man himself. She has this really terrific guy in her life but she keeps pinning after a man that left her high and dry.

In fact, when the man that got her pregnant shows up over a year later, expecting her to just take off with him and leave Jake in the dust, she does it - even though by then she had started sleeping with Jake and he absolutely adored her and her child. At that point I lost all respect for her and I couldn't care less if she fell in a ditch and died.

One of my friends on goodreads tagged Rebecca as "Most Stupid Heroines Ever" and she was so right. And it's really sad because Jake was a wonderful hero, if a little too self-sacrificing.

Sweet Lullaby had all the makings of a really good story but it was ruined by it's "heroine".