Friday Quickes: Here's Looking at You and You Had Me at Hello by Mhairi McFarlane 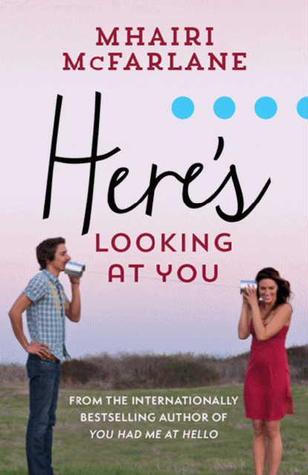 Here's Looking at You

The Deal: Anna Alessi was never popular during her high school days: she was fat and a bit of an ugly duckling, but she eventually became a successful History professor, lost some weight and is currently deep in the world of online-dating, even if said world has proven to be disappointing more often than not.

Still, Anna decides to attend her school's reunion to finally face her erstwhile bullies - who made fun of her because of her weight, her hair and her Italian heritage - and put the past behind her. There is one problem though: no one recognizes the new Anna.

And then, she keeps running into James, her high school crush whom she holds a little in contempt since he was always in the group of kids who bullied her - not actively, more like he stood around and did nothing most of the time - even if she never fully got over him and seems much nicer these days.

My Thoughts: Here's is Looking at You didn't work so well for me, I have to say. Anna was interesting, but I kind of have a problem with how her life sort of got better after she lost weight and made herself over, something about the way that was presented didn't fully convince me.

And I was bothered by a few things in the book, like how it handled the fact that Anna was a romance reader, and James' situation with his Ex, and a bunch of little things that sort of added up to me not liking the book.

Now I know I'm a bit alone in that opinion, and that lots of people have liked this book. But I felt like the ugly-duckling story has been done a lot, and I've simply read better versions of it. I felt like Here's Looking at You had nothing new to offer in that regard.

You Had Me at Hello 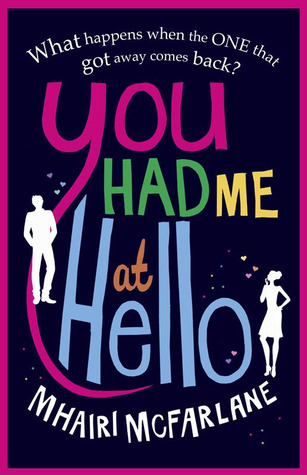 The Deal: Rachel and Ben were close friends and confidantes during their college years, engaging in many a crazy adventure together... but something happened back then and now it's been ten years since the last time they spoke.

Now Rachel lives in Manchester and just walked out on her (ex) fiancé and is determined to get on with her life with the support of her friends and her job (she's a court reporter, btw); and just so happens that she runs into Ben for the first time.

Ben just moved the Manchester, has been married for two years... and is as nice and desirable as he ever was.

And the moment they see each other, it's like the years never went by and they never grew apart.

My Thoughts: First off, I liked You Had Me at Hello, it was a very quick-paced story and the chapters were fairly short so I felt like I was reading pretty fast. I liked Rachel from the start, she did something pretty brave in the first few episodes - realizing that, even if she was midway planing her wedding, she didn't like her boyfriend much, anymore - and that made me notice her.

I, incidentally, also liked Ben a lot, he sounded very attractive on the page and was fairly nice but... well, there is a big and spoilery but here, which I won't mention but it's easy to figure out.

Over all, I'd say I liked the book but it did take me a bit to get adjusted to it, mostly because I was expecting a romance and this read more like Chick Lit or Woman's Fiction; and I had a few other issues with it, Rachel tends to be passive a lot of the time, there is my big "But", and it was a rather bittersweet most of the time.
By Anonymous