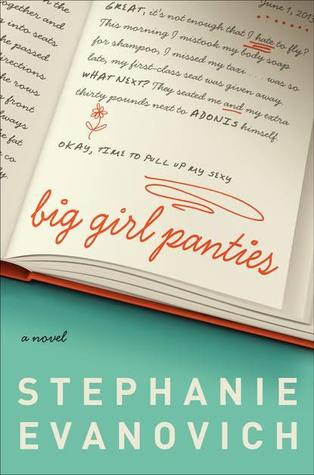 The Plot: If it weren't because he was desperate to get back home, Logan Montgomery wouldn't have found himself seating in Coach next to Holly Brennan. Never a skinny girl - and having gained a lot of weight in the last couple of years - Holly isn't happy to be seating next to a man who would give Adonis a run for his money.

But they get talking a little on the flight from Toronto to New Jersey and Logan decides he's going to help her lose the extra weight; since he is a really famous personal trainer to various pro athletes, after all. Holly isn't sure at first, but soon decides that it's time she started moving on and gaining her life back, starting with losing all the extra weight she put on while taking care of her late husband Bruce.

Soon enough, Logan and Holly strike an easy friendship, as they throw themselves into Holly's fitness quest. And, as time passes, their friendship deepens and they become something of a fixture in each other's lives. But neither of them is quite prepared for the attraction that grows beween them as Holly's weight begins to drop bit by bit, and they spend more and more time together.

First Date: Oh, Logan! You're a bit of a jerk but at least you're honest. I like that. Holly you're determined, I like that too. And I kind of like the stuff Logan says about fitness and wellness, he's very professional about his work as a personal trainer.

Second Date: Finally! It took you forever to get it together, Holly and Logan!!! *Sigh* Also, I like Chase and Amanda, but I don't see the point of going so in detail about their sex lives, and relationship they got absolutely no conflict between them, it's distracting.

Third Date: And now, y'all start acting silly. Still I enjoyed getting to know you guys.

I really liked the book over all, but the third date was a bit of a bust. It felt like the author wasn't sure how or where to end the story, so the ending felt both a little abrupt and a little long-winded, if that's possible.

But, as I said, I did like the book a lot, it was so much fun to read.

If you want to join in or just read other speed date reviews, check out The Book Swarm

PS -Sorry, I'm a day late.
PSS - Thanks to the publisher for the review copy via Edelweiss
By Anonymous