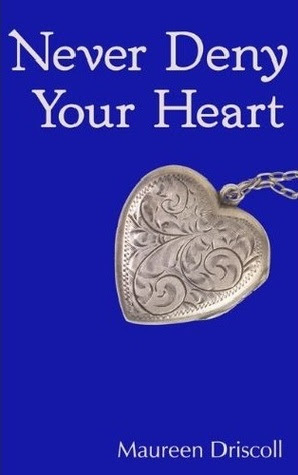 The Deal: Rosalind Carson has been in love with her best friend's brother Liam Kellington, Duke of Lynwood since she was about 12 and he was 18 and they met by chance. Years later, Rosalind struck a friendship with Liam's sister Lizzie and the two became inseparable, with the whole Kellington clan giving Rosalind the sense of family she never got from her own relatives.

Not wanting to lose them all, Rosalind never did anything about her feelings for Liam, whom she's convinced will never love her. She was quite sure of this fact... up until the day of Lizzie's wedding, when Liam pulled her aside and the two of them shared some heated moments.

Which would be all fine and dandy... if not for the fact that Rosalinds mother and brother had recently betrothed her to another man, and that Liam values his honor too much to take up with another man's fiancé... or does he love Rosalind more?

And will Rosalind stay put just waiting for Liam to do something?

My Thoughts: Oh, Never Deny Your Heart was a bit of a hot mess but in a surprisingly entertaining way. I actually skipped the middle books of this series, I read and reviewed Never a Mistress No Longer A Maid - which was silly and fun - and during that book I picked up on the frisson between Rosalind and Liam so I wanted to read their story, so I skipped all the way there.

It was pretty fun, though it had some obvious flaws. One, Liam's motivation, he would rather let Rosalind enter a loveless marriage than do something about it ... until he's convinced that his honor would be best served by him taking her away from the other man; to which I say: That's poppycock!!!

Two: This book is full of historical inaccuracies  to the point where they just jump at you a lot, there are things in this book that just wouldn't have happened, even with the most open minded lot of people you cold have found at this time period.

And, three: the fake out love quadrangle. For a moment there it looks like there were going to be new love interests for both Liam and Rosalind, and they were actually nice if unrealistic, but nope, in the end it didn't go down that route and it was just a bit of a cope out.

Yet, despite all of this or maybe because of it, the story was loads of fun to read. Again, it's a silly book but it was a silly sweet and fun piece of brain candy.