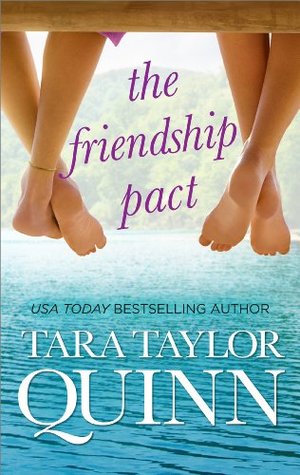 At First Sight: Koralynn and Bailey have been best friends since they were 5 years old, and have gone through life's milestones together with Bailey often staying at Kora's house as her mom's life imploded over and over again with the comings and goings of her stepfathers, and later with them rooming together in college.

There is nothing to test their friendship, not even Kora's husband Danny- her high school sweetheart -  who never warmed toward Bailey, even though he has known her just as long as he has known Kora - partially because Bailey keeps on breaking Danny's best friend Jack's heart time and again.

Bailey thinks she's not built for relationships, not the way Kora is anyway, and after ending things with Jack, Bailey realizes that she really doesn't want a husband - much as she does love Jack, she's terrified of being married to him - but she definitely wants a child; and, much to Kora's displeasure, she wants to try IVF.

Kora herself is trying to get pregnant, and she's so happy with her life that she wants Bailey's life to be just like hers - with a nuclear, traditional family at the center - so she's dead set against Bailey being a single mother. Bailey hates fighting with Kora and not being able to share this with her, but she finds an unexpected ally in Danny, who gets why Bailey wants to go it alone (after seeing his own parents go through a nasty divorce years before). In fact, someone like Danny would be the perfect donor for Bailey... if he weren't married to her best friend.

Second Glance: The Friendship Pact is not my usual cup of coffee (I don't drink tea), it's not even like the Cosmo I drink once in a while when I crave alcohol but don't wanna get drunk. It's some strange mix, like when you decide to try all the flavors at the soda machine at once. It's strange, can't say is GOOD, but it's oddly addictive.

That's pretty much how I felt about this story - and let me tell you that what I said above is barely but one half of the Bailey and Kora's journey. It's strange, it's a bit "everything and the sink" yet, I couldn't put it down, I HAD TO KNOW where everything ended (and I found myself a little sad when it was over, like I needed an epilogue or something).

Like I said it's a complex story that has at it's center, a deep, deep bond of friendship. Kora and Bailey have this little phase between them: "I would give you my kidney" / "I would give you two", and they really mean it, that's how much they love each other, but their lives are very, very different. And they get tested, a lot, through the course of this book.

Jack and Danny are important players too. Jack is very in love with Bailey but can't handle that she doesn't want to marry him, and Danny is often in the middle between his loyalty to Jack and Kora's displeasure that he's not nice to her best friend.

Bottom Line: The Friendship Pact is a very messy, tangled web of things. Sometimes it felt like too much but it was very addictive and, in the end, I guess I did care about these people a lot. It was a very interesting exercise