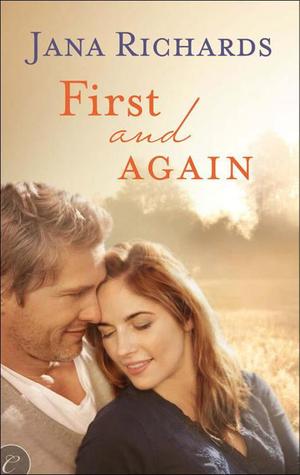 At First Sight: After a bad divorce that left her broke and dealing with a surly teenager daughter, Bridget Grant is back in Paradise, North Dakota, the town she left at 18 swearing she would never go back.

Bridget always felt out of place in Paradise, while her mother and sister quickly made of it their home, and she's not happy to be back as a failure, working at her mother's bar and barely making ends meet. Worse of all, Jack Davison - the guy she loved but left behind - is back in Paradise as well.

Trying to give her daughter some incentive to behave, Bridget is forced to contact Jack and make a deal with him: he'll help him cater an important business lunch and he'll give her daughter riding lessons in return. And arrangement that no only brings them together, but also will force Bridget to face her fears after a reception gone wrong a couple of years before, which destroyed her business in San Francisco.

Jack doesn't really want to get tangled with Bridget again, not after the way she left him, but her daughter Rebecca needs his help, and she's really nice to his own daughter, Leslie, who has a disability, so he's willing to try to help Bridget out, as long as his heart doesn't get involved.

Second Glance: First and Again was a fun book to read, it was interesting seeing things from both Bridget and Jack's perspectives. Particularly regarding their kids, Jack love his daughter but he treats her like she's useless and helpless because he hasn't quite dealt with what having a disabled kid means. Bridget is so dead set to shield her daughter from her father's indifference that she has practically turned into a doormat for Rebecca to bent her anger on.

But when the four of them are together, they balance each other out so well. Bridget is convinced Leslie can do more and sees that the way Jack has been bringing her up is just making her very vulnerable in the real world. On the other hand, Jack can talk to Rebecca when they are tending to the horses, and indirectly helps her see that maybe her own father isn't so great since he never pays attention to her.

That's where the book shines, when it shows what a wonderful family these four would make.

The problem comes when dealing with the couple stuff. Jack is always perfectly willing to believe bad things about Bridget and Bridget never quite grows a spine to tell Jack or her ex what she really thinks.

And the ending is quite rushed.

Bottom Line: First and Again is a fun read for the most part, though it's not perfect and could have used a little more development in the relationship department.