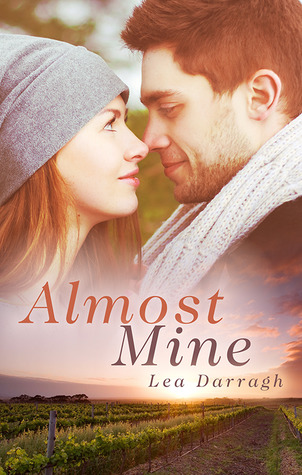 At First Sight: Cate and Nick have always been friends, and no matter what type of self-destructive behavior Cate indulged in, Nick was always there for her.

Even when she turned out pregnant and - not sure if the baby was his - he married her, determined to make a go of it, since he has always been in love with her.

But they struggle through the first few years of their marriage, as Cate isn't sure she can love Nick as he deserves and he eventually tires and starts to pull back, prompting Cate to realize how much she does love him... even as he decides it's time to let her go.

Second Glance: Almost Mine is a bit hard to review. For one thing, I Really liked the IDEA of the story, of these two friends tossed together and forced to deal with their feelings for each other.

But the execution wasn't stellar.

Most of it because of the structure of the story. The first chapter opens with them already strangled and them having an awkward dinner, then it goes back to them and the events that lead them to marry and how their marriage became such a mess even if they are young and attractive and successful.

The trouble is that MOST of the book is spent there in this prolonged flash back, and you already know it's going to end bad and that they don't get together and that they are going to screw up, but there is absolutely no tension since we're being told everything after the fact.

There is no big reveal of mystery.

Then we go back to the present and everything that was wrong with them gets inconclusively solved in a couple of chapters. You never see them work it out, or what's different that this time they are going to work. It's just all magically fixed.

Bottom Line: I didn't like Almost Mine, is not a terrible book but the style of it left a lot to be desire regarding the narrative structure. And it definitely needed more time to develop