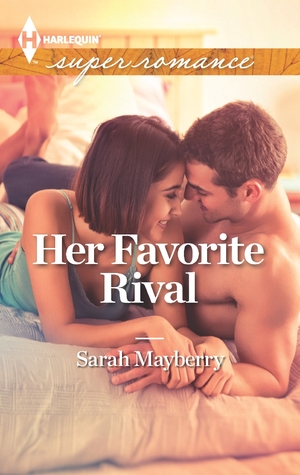 At First Sight: Audrey Mathews is used to working hard to get what she wants, and what she currently wants the most is to get the next promotion that opens up in her department - though she would settle for not loosing her job since the new CEO of the company is on a rampage and has been firing people left and right.

Labeled the black sheep of her family at a very young age, and never quite measuring up to her younger sister Leah in their parents eyes, Audrey takes lots of pride in her accomplishments, in the way she has worked up the corporate ladder since she started working at Maker's at 19. Her parents might be doctors, but one handled her anything; unlike Zach Black.

Zach is the company's newest hire, who went to good schools and has tons of degrees, and wears fancy suits and drives a fancy car. Audrey knows that the only person standing in her way of that promotion is Zach.

Zach knows he's not Audrey's favorite co-worker, but hasn't been able to figure out why, and he would like to since he finds Audrey very attractive and is drawn to her.

Then they are thrown together in a special project by their boss, and Zach sees it as his opportunity to finally clear the air between them; and Audrey has to admit that the more she gets to know him the more she likes him.

But with both their jobs on the line, she isn't sure getting involved with Zach is a good idea.

Second Glance: There were so many things I liked about Her Favorite Rival. Audrey and Zach were both such delightful characters, they are both quite complex and have many hang ups but they have managed to rise above them more or less.

Zach had a difficult childhood, growing up in a rough neighborhood and taking care of his messed up mom; Audrey is used to be treated badly by her parents due to some rebelling she did when she was younger and something else that wasn't really her fault, but which her mom is happy to blame her for anyway.

They both have many preconceptions about the other, particularly Audrey in regards of Zach, but they deal with it pretty maturely when they have to work together and clear the air - I liked that they both acted like mature adults in that regard, rather than throwing tantrums better suited to a playground.

I guess that's one of the things I liked best about Her Favorite Rival, how normal and "everyday" everything was. Both Zach and Audrey sounded real to me, neither was super rich or super powerful, they were worried about keeping their jobs - like we all are, deep down - and where just trying to do the best under the circumstances without anything Extraordinary happening to them, other than falling in love.

Bottom Line:  I definitely recommend Her Favorite Rival for anyone who's looking for a relaxing read, I think is a great contemporary romance with smart, mature characters and it's actually lots of fun! there are some gems of dialogue in the book, trust me!