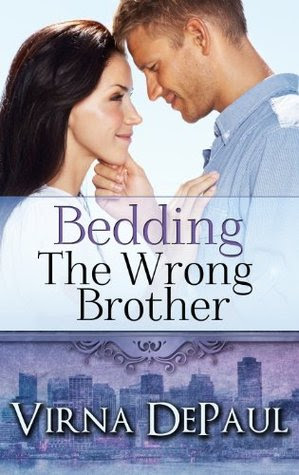 The Deal: Melina Parker grew up being best friends with twins Max and Rhys Dalton, she was one of the few people able to tell them apart, mostly because she felt an easy friendship toward Max and had a huge crush on Rhys.

As the years passed and the boys followed in their parents' footsteps and became famous and successful magicians, Melina became an entomologist and they remained relatively close. Though, ever since her 16th birthday - when Rhys stood her up - she has been a lot closer to Max, yet she has never been able to fully get over her crush on Rhys.

After a few bad relationships, Melina has decided she needs to learn how to please a man in bed - since her last boyfriend told her something to the effect that she was bad at it - before she gets into another relationship, and who better to teach her than her best friend Max? Who is experienced and fun and whom she trusts completely.

Max isn't quite sure he's on board with this plan, mostly because he knows Melina is in love with Rhys and that is mutual, but that they both are too blind to see it (and because of something he did in the past).  So he decides to pull a good-ole switcharoo, trying to get both Melina and Max what they really want.

My Thoughts: Bedding the Wrong Brother was a surprisingly fun read. It was campy to be sure and it required a large suspension of belief for a while, but what the heck, it was a lot of fun to go along with it.

I'm not sure I loved Mel and Rhys as characters - they kind of tended to make the same mistake over and over - but I liked them, and that was enough. I liked the whole magician stuff, that was an interesting profession, and Ms De Paul actually spent some time going over what it meant to work as a magician (how they had to practice the tricks and design them, and that it wasn't easy to make it, and all that).

I liked Max too, I wished we had spent a little more time in his head, though I think he might get a book of his own at some point.

Anyway, I do recommend Bedding the Wrong Brother if you're in the mood for something quick and fun.

Ps- thanks to the publisher and Net Galley for the review copy
PSS - I think this book was previously published as This Magic Moment.
By Anonymous