Book Review: What A Lady Craves by Ashlyn Macnamara 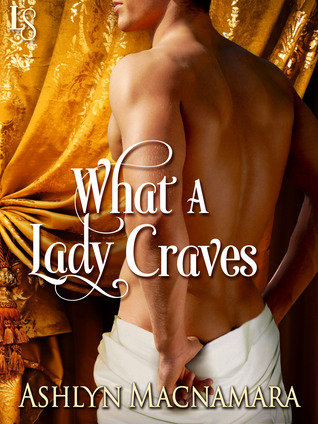 Summary (GoodReads)
Henrietta Upperton is about to marry Alexander Sanford when he rushes off to India to salvage his family’s fortune. Then comes the devastating news that he has wed another. Eight agonizing years later, a storm washes Alexander ashore—injured, widowed, and hunted—and one glimpse of his ruggedly handsome face reawakens the desire Henrietta thought she had buried deep inside. Her body still yearns for his touch, but she’s determined not let him wound her again . . . not this time.

For Alexander, honor always comes first. But only now does he realize that when given the choice between two virtuous deeds, he picked the wrong one. On the run with his life in tatters and a pair of daughters in tow, Alexander burns for Henrietta. He knows he does not deserve forgiveness. And yet he longs to wrap his arms around her warm body once again. What’s more, he is sure the lady craves the same

My Thoughts:
I had been looking forward to What a Lady Craves for a while now, I just loved the idea of this second-chance romance but I have to say that the book turned into a bit of a dud.

I liked Henrietta well enough, she was nice and kind and wanted to move on with her life, but also didn't fool herself into thinking she had no feelings left for Alexander. She was nice to his daughters and sought to treat them equally.

But Alexander, well, he just wasn't nice. He favored a daughter over the other (for a reason that becomes clear very quickly but doesn't makes me what he does any good), and his whole reasoning is so flimsy and silly. I mean, the thing that made him break off with Henrietta? I get why he felt compelled to do it, but I thought he choose foolishly what to do and let everyone pay the price, starting with Henrietta herself.

It just seemed like there was not much to the story. And the hero was unlikable, and didn't actually redeem himself in my book.