Book Review: Until He Met Meg by Sami Lee 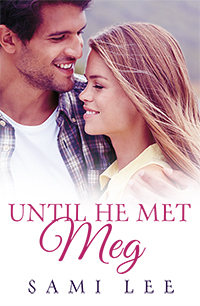 Summary (GoodReads)
Meg Lacy came to Sydney to chase her dream, but the dream is somewhat elusive, so she finds herself unemployed, uninspired and on the verge of giving up. A chance encounter with wealthy single father Bryce Carlton gives her a temporary reprieve: a job as a nanny to his headstrong eight-year-old daughter.

The arrangement is supposed to be short-term, an easy way for her to save money while she pursues her dream. But her heart doesn’t understand, and before long she is growing attached to her charge and falling in love with a man determined not to risk his heart a second time.

When his first marriage ended Bryce vowed to never become seriously involved with another woman, but Meg turns his house, his life and his heart upside down.

She is his daughter’s nanny, he’s not the right man for her, and there are a million reasons why their relationship shouldn’t be. Everything was going according to plan…until he meets Meg


I found this Until He Met Meg quite delightful, it was like a sweet little morsel of fluff and just what I've come to expect from Escape Publishing (an Aussie imprint I quite love).

The book was set in Sydney and moved a quite the fast pace but it was all in good fun even if a little surreal - like they meet and a day later she is his nanny and living in his house without so much as a background check - so I didn't mind.

They were sweet to each other for the most part, and I liked that. Plus, Meg was really good for his daughter and didn't neglect the kid to run after the dad, she was responsible in that sense.

I also liked Meg had dreams for herself - she wanted to be an interior designer because she and her mom loved making their home pretty when she was a little girl - and fought for them, even if she took a couple of steps back a couple of times.

Like I said, as sweet story, perfect for a quick read to take your mind of things. Though, granted, not all the characters were very fleshed out.