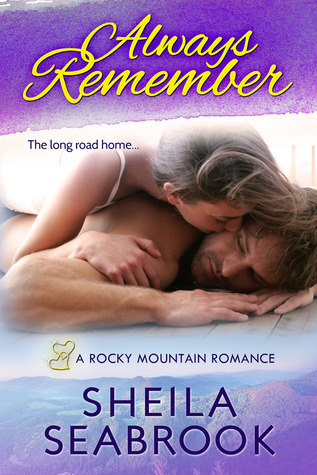 At First Sight: The last place where Jessie Adams wants to be is back at Nate Coltrane's ranch. She broke his heart at seventeen, when she left their small town to pursue her music career, and secretly gave his baby up for adoption all those years ago. But now her mother is dying and so Jessie goes back.

From the start, things heat up between Jessie and Nate, even as he is determined to keep his distance. He has a lot to lose if Jessie finds out that he has known about his child all along - all those years ago, Jessie's mom gave him his daughter, Sarah, in exchange for him not seeking out Jessie as she made her way in the country music scene.

But now they are all together, and in some ways the past seems to be repeating itself, threatening to shake things up pretty bad.

Second Glance: Well, Always Remember is a bit of a mess. I hoped I would like it a lot more as the Secret Baby (or teenager) plot is one of my favorites, but I didn't quite click with this book.

Nate and Jessie are pleasant enough, even if they do have a tendency to act like teenagers still and to beat around the bush a lot. And that is one of my main problems with the story, they never really sit to talk and deal with things, they sort of just yell at each other a bit, keep secrets, the secrets blow up in their faces and then they just decide to be together without ever really fixing things.

And Nate does something rather insensitive toward his daughter toward the end, which made me raise my eyebrows a bit.

Bottom Line: I think this book had lots of potential but it lacked depth, it is a quick read but somehow I kept expecting Nate and Rachel to grow up and face their problems but didn't feel like they quite did.