Book Review: The Year We Hid Away by Sarina Bowen 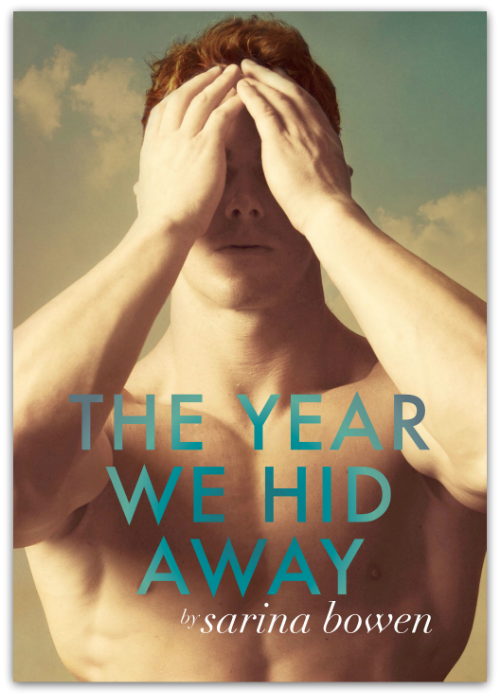 Scarlet Crowley’s life was torn apart the day father was arrested for unspeakable crimes. Now the shock has worn off, but not the horror.

It’s a safe bet that Scarlet is the only first year at Harkness College who had to sneak past TV news trucks parked on her front lawn just to leave town. But college will be Scarlet’s fresh start. Clutching a shiny new student ID — with a newly minted name on it — she leaves it all behind. Even if it means lying to the boy she’s falling for.

Bridger McCaulley is a varsity hockey star known for being a player both on and off the ice. But a sobering family crisis takes that all away. Protecting his sister means a precarious living arrangement and constant deception. The only bright spot in his week is the few stolen hours he spends with Scarlet.

The two form a tentative relationship based on the understanding that some things must always be held back. But when grim developments threaten them both, going it alone just won’t work anymore. And if they can’t learn to trust one another now, the families who let them down will take everything they’ve struggled to keep.

My Thoughts:
I officially LOVE the Ivy Years Series and this book!!

First let me paint you a picture: I was busy! I had a ton of work, papers to grade and a tight deadline but I was suffering from a bit of burnout so I decided to pick up this book... and it worked like a charm soothing my fried brain.

I love the style of writing that Sarina Bowen has, she just pulls me right into her stories.

Other than that? Well, I already knew and liked Bridger from The Year We Fell Down and I was happy to get to know him better this time around, get inside to see what his deal was. He was an excellent brother for his sister Lucy and worked so hard to keep things looking like normal.

It even made sense, the secrets he kept and why - I'm usually frustrated when people don't ask for help when they need it, but in his case, it made sense and it was for a rather unselfish reason, even if it complicated things a lot.

As for Scarlet, her story was heavy and scary and I thought she was pretty brave, even when she didn't react the way I wanted her to. She was pretty clear on rights and wrongs, but wasn't above stepping on grey areas.

Plus, I really liked Bridger and Scarlet together and how they interact and build a relationship even with the little time they have to spend together due to the secrets each keeps.

All in all, I think I liked The Year We Hid Away even more than The Year We Fell Down and I liked that one a lot.