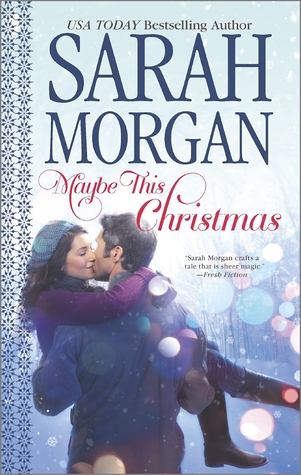 At First Sight: Tyler O'Neal was used to life in the fast lane as a pro-racer in the skiing circuit, but he has not settled into domesticity at his family resort following a bad fall during a race and his teenage daughter move to live with him permanently.

He still misses racing - perhaps a lot more than he lets on - but he loves his daughter Jess and likes doing what he can to help bring up business for the resort.

What Tyler is none too happy about - at least not lately - is working so close to Brenna Daniels. Not because he doesn't like her, in fact, Brenna is one of his favorite people in the world and his best friend since childhood... which is why it annoys him to work closely to him when he's starting to notice her as more than a friend.

Brenna has been in love with Tyler since they were children, but long ago came to terms with the fact that he sees her as one of the guys and not as a girl. But when they are thrown in together thanks to some scheming by her friends, his mother and daughter, things begin to change.

Living in the same resort was hard enough, but sharing Tyler's house might send things into overboard.

Second Glance: Maybe This Christmas was a fun Christmas read. After meeting and seeing both Brenna and Tyler in past books, I was quite eager to get to their stories and it didn't disappoint.

I really liked that they were really good friends first and foremost and that they both put his daughter first - yet they didn't jump into a relationship just to make Jess happy - and in a way that justified why they were so reluctant to get together (and hadn't before the start of the story): Neither of them wanted to risk their friendship, but it just wasn't enough anymore.

Now the book did have some problems, like the drawn out situation with between Brenna and Jess's mother, which for me took to much of the book. Also, the lack of support from Brenna's mother bothered me a bit too.

But in the end, like I said, it was a fun read. I enjoyed seeing Sean and Jackson and their partners around, and seeing the dynamics of the family from another perspective. And I really liked Jess. As far as book moppets go, she was very nice.

Bottom Line: I do recommend Maybe This Christmas as a cozy Christmas read, it's breezy and fun and I liked the people involved. Plus, it has a wonderful wintery feel to it.  I only kind of wish the author would do a book about the sheriff guy because he sounded really sweet.